Mogadishu 18 December, 2020-The African Union Mission in Somalia (AMISOM) on Thursday hosted Brig. Gen. Richard Otto, the outgoing Contingent Commander of Ugandan troops in Somalia, who is also the AMISOM Sector 1 Commander, to a farewell dinner and hailed him for his outstanding contribution to the peacekeeping mission.

The AMISOM Force Commander, Lt. Gen. Diomede Ndegeya presided over a sendoff event in the Somalia capital, Mogadishu, at which he hailed the Ugandan top officer for his diligence and tenacity, in the implementation of the mission’s mandate, thus enabling the mission score a number of achievements, despite disruptions brought about by the global Covid-19 pandemic.

“Let me congratulate you, General Richard Otto, for your professionalism, experience, hard work and the leadership that you exhibited during your tour of duty as AMISOM Sector 1 Commander,” the Force Commander said.

AMISOM has sectorized its operations and Ugandan troops are in charge of Sector 1, which includes the Lower Shabelle region and Mogadishu.

Lt. Gen Ndegeya, particularly lauded Brig. Gen. Otto for his outstanding contributions and insightful ideas in the recent AMISOM Sector Commanders conference and in robust implementation of operations in his Area of Responsibility (AoR), effectively dealing a huge blow to the Al-Shabaab militants.

“During the Sector Commanders Conference in October 2020, you played a key role in providing ideas and propositions, particularly on the AMISOM reconfiguration plan, based on your experience in AMISOM,” Lt. Gen. Ndegeya noted.

The AMISOM operations conducted in the Lower Shabelle region under the command of Brig Gen. Otto, include the capture and holding of different locations, among them the strategic bridge town of Janale; opening of Main Supply Routes (MSR) and protection of population centres, all in line with the revised AMISOM Concept of Operations (CONOPs) and the Somalia Transition Plan (STP).

The Somalia Transition Plan is a comprehensive guide developed by the Federal Government of Somalia and its partners for the transfer of security responsibility to Somali National Security Forces ahead of AMISOM’s anticipated exit from the country.

“I sincerely appreciated your exceptional leadership and the way you tackled problems,” the Force Commander said.

Brig. Gen. Otto has completed a one year tour of duty in Somalia and on Thursday handed over the reins of power to the incoming Contingent Commander Brig Gen. Don William Nabasa.

Like his predecessor, Brig. Gen. Nabasa will be in-charge of Sector 1 region, currently under the control of Ugandan peacekeepers. Sector 1 troops secure Banaadir and Lower Shabelle regions and protect the State House, all government ministries, Parliament, Aden Abdule International Airport and the sea port.

On his part, Brig. Gen. Otto thanked the leadership back at home for entrusting him with the responsibility of commanding the Ugandan contingent in Somalia and the Mission and Force leadership for all the guidance and support rendered during his tour of duty.

Brig. Gen Otto called for more support by the international community to help the stabilization phase in Somalia-by building schools, hospitals and infrastructure and governance structures.

He said he was leaving the mission, happy with the achievements, especially with the capacity the Somali National Army has built, who he said have demonstrated their ability to conduct their own operations, and hold and defend captured territories.

“This is a very positive development and confirms that AMISOM is doing real mentorship,” Brig. Gen. Otto said.

Also honoured at the reception was the AMISOM Chief Force Engineer, Col. Ibrahim Jungudo, from Nigeria, who is returning home after completing his one year tour of duty on the mission.

Prior to the fete on Thursday, Brig. Gen. Otto was also hosted to another sendoff party by the Ugandan Embassy in Somalia on Wednesday night. 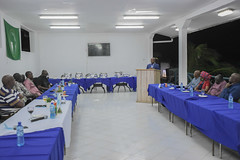 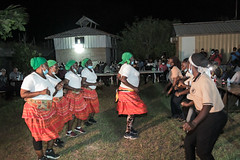 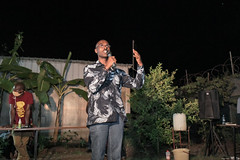 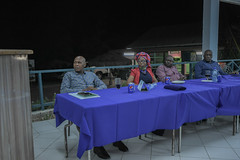 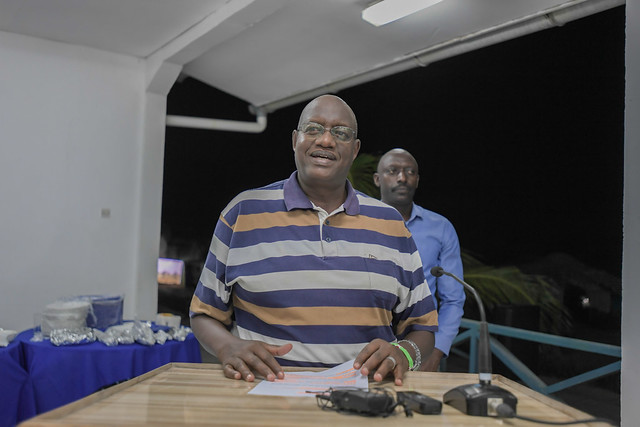