The Somalia and Somaliland ministerial delegation discussed in a warm and brotherly atmosphere in the presence of the mediator, Djibouti foreign minister and the facilitation from the United States of America and the European Union.

It was agreed that the newly established 14-member joint ministerial committee led – for Somalia by H.E. Mr Abdi Mohamed Sabriye, Minister of Interior, and for Somaliland by H.E. Mr Yasin Hagi Mohamud, Minister of Foreign Affairs, will lead the Somalia-Somaliland negotiation henceforth.

During the three day discussion, the two sides exchanged views on a number of important issues. They agreed on a common way of conducting the dialogue with the support of the mediators and facilitators.

They discussed in length on the confidence-building measure’s key to any process in the negotiations. Both sides agreed to refrain from any action that could derail the talks.

With regards to the humanitarian assistance and development aid, both sides agreed in principle not to politicise this issue and further endorsed the setting up of a technical subcommittee.

The two sides also agreed to establish another technical subcommittee which will focus on the issue of co-management of the Somaliland airspace.

Furthermore, a technical subcommittee on security was established to deal with related matters. All these subcommittees should convene within two weeks in Djibouti to start working on the way forward and the implementation of what was agreed upon.

The two sides also agreed not to impede non-political social engagement (cultural, academic, sport and trade) in order to promote peace and dialogue between Somalia and Somaliland.

The Joint Ministerial Committee will resume its work within 45 days in Djibouti to review the subcommittees’ report and the overall progress of the talks.

The two sides underlined the necessity of maintaining their dialogue and work within an acceptable timeframe so as to reach a common understanding on all pending issues and on the final status of the relations between Somalia and Somaliland. 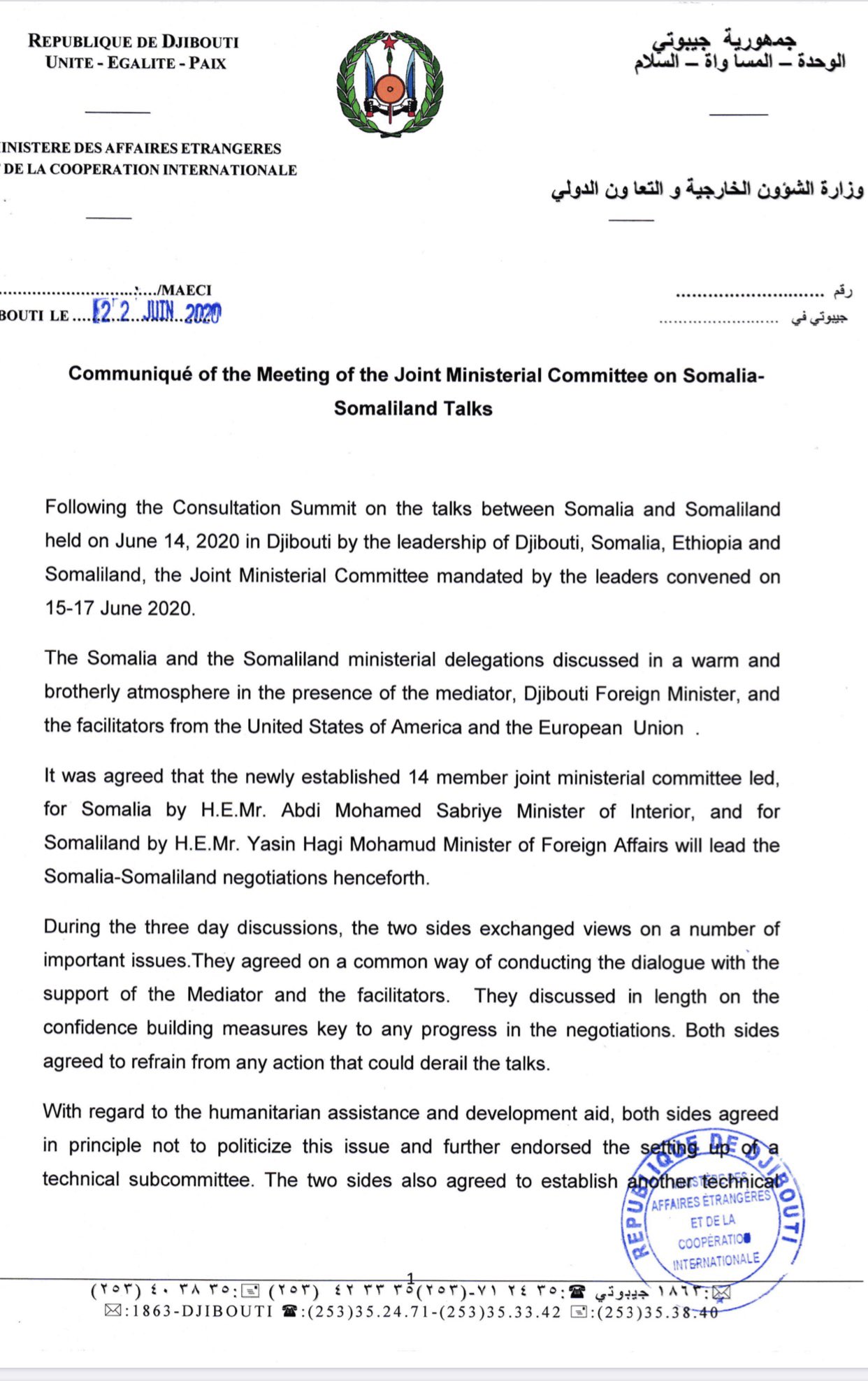 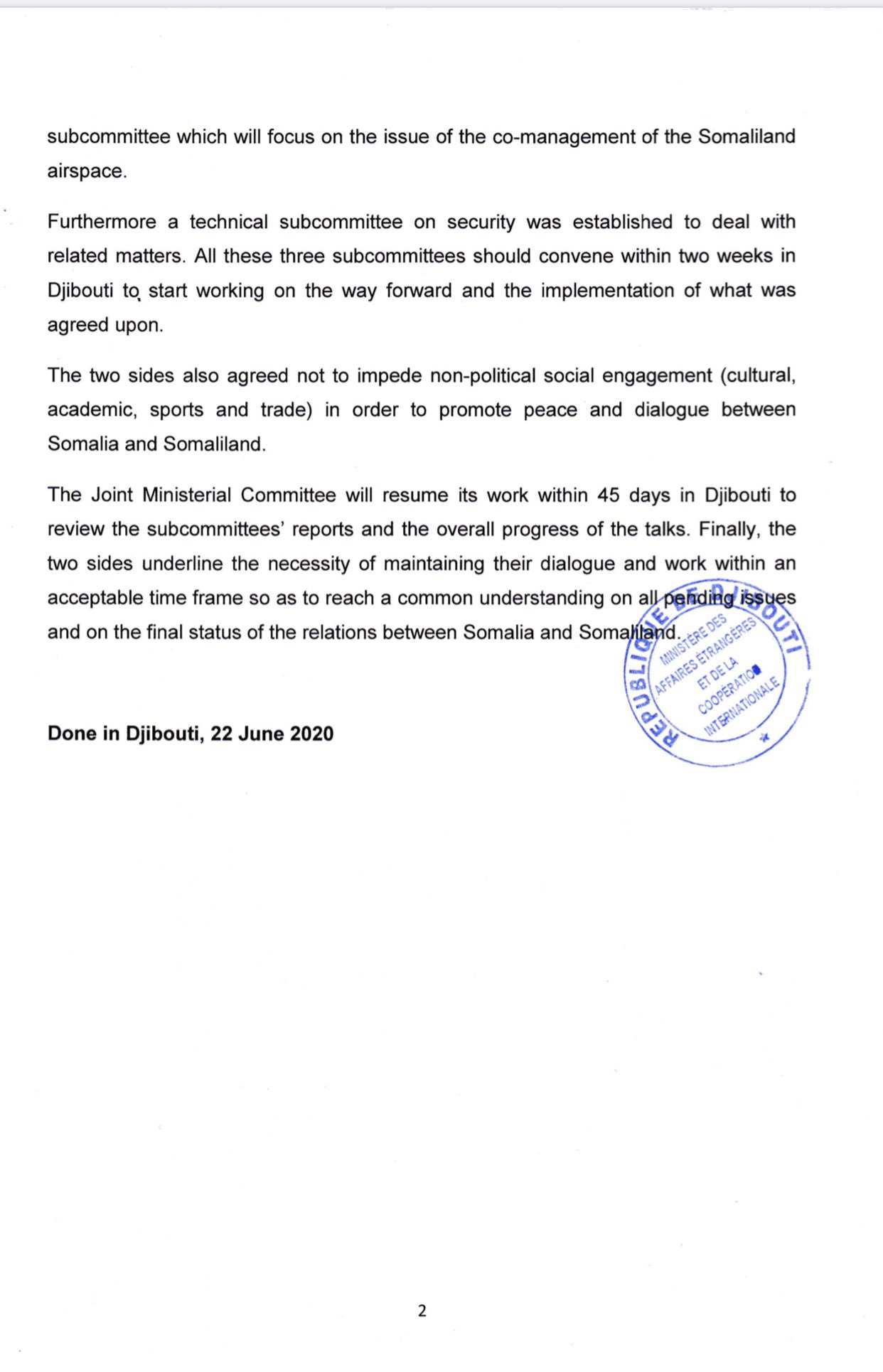