Jowhar:Somalia– A three-day public consultation ended today in Jowhar, at which representatives from all walks of life in Somalia’s federal state of Hirshabelle discussed and shared views on key elements of a future constitution for their country.

“The Constitution, by definition, is a social agreement. It will be finalised through consultative meetings with the Somali community,” Hirshabelle’s Minister of Constitutional Affairs, Sadiq Mukhtar Abdulle, said at the opening of the consultation.

“Political, security and economic issues that might concern you are in this Constitution. I hope that you will have deep discussions on what is contained and freely express your views,” he added.

“The youth were actively involved in the discussions. We reviewed the articles of the Constitution, and gave our opinion on issues we thought were not right and suggested what we thought was good,” said a university student taking part, Mohamed Muhumed Abdi, adding that it was his first time taking part in a process of this kind.

Somalia is currently reviewing its Constitution in a process that was launched in 2018, and aims to replace the current Provisional Constitution, adopted in 2012, ahead of the ‘one-person, one-vote’ elections scheduled for 2020. 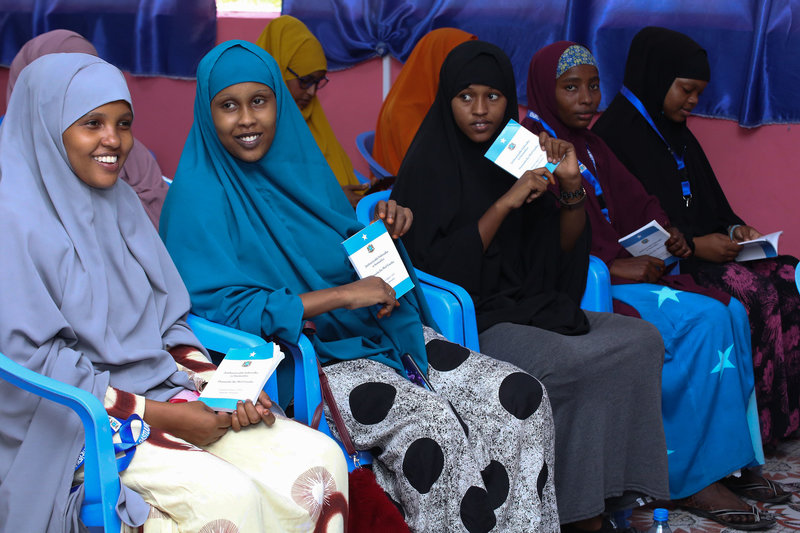 Representing the Jowhar Women’s Association, Habiba Mohamed Muudey said the public outreach campaign was a timely opportunity for local women to contribute their views at a time when they are advocating for fair representation.

“Some of the issues we discussed include the quota for women. The women quota has to be clearly stipulated in the Constitution. We want the women to have full representation in all government agencies at the federal and federal member states level. We have expressed our view on this particular issue and we hope that it shall be addressed,” she said.

The Director of Public Outreach from federal Ministry of Constitutional Affairs, Abdikani Ali Adan, said that the campaign would be taken to all of Somalia’s Federal Member States so that as many as people as possible have an opportunity to provide their input into the constitutional review process.

“This is an extensive campaign that has already been to Benadir and South West State. The residents of Hirshabelle have also had an opportunity to express their views and contribute to the review process,” Adan said, adding that similar consultations were still to be held in Puntland, Jubaland, and Galmudug.

Organised by the federal Ministry of Constitutional Affairs (MoCA), with the support of the United Nations Assistance Mission in Somalia (UNSOM), the event was third of an ongoing nationwide public outreach campaign, meant to advance country’s constitutional review process by integrating citizens suggestions and opinions.

British and Malaysian men jailed in Somalia for terror offences.