Somaliweyn
25.6 C
Mogadishu
Thursday, September 23, 2021
Home English Hawo Abdallahi Ali: Illiteracy must be defeated by whatever means.
Facebook
Twitter
Google+
Pinterest
WhatsApp
It is recess time, and lively chatter can be heard from the grounds of Abdalla Deerow School in Baidoa.

Located in the centre of the city, it provides free education five days a week to more than one thousand girls from vulnerable communities in the area.

Its principal, Hawo Abdallahi Ali, cruises the school’s corridors, interacting with teachers and students alike – a look of pride and satisfaction at how far the school has come.

Baidoa’s first girls-only school, the institution has been a victim of the vicissitudes of Somalia’s history before regaining its place as a centre for education and development of local youth.

Ms. Ali recalls that the former government school was built in the 1960s as a mixed-gender establishment known as Bartamaha School. In the early 1990s, as the civil war raged across Somalia, the building was seized by an armed militia and used as a residence.

Ms. Ali, who hails from Baidoa and is a trained teacher, was determined to return the school premises to their original role. With the support of friends, she began a long struggle in 2004 to recover the building from the militia.

“They vacated the land after lengthy negotiations and dialogue. It was an arduous task to negotiate with them. Finally, they agreed after we gave them some money as compensation to relocate somewhere else,” Ms. Ali explains. “We raised the money ourselves.” 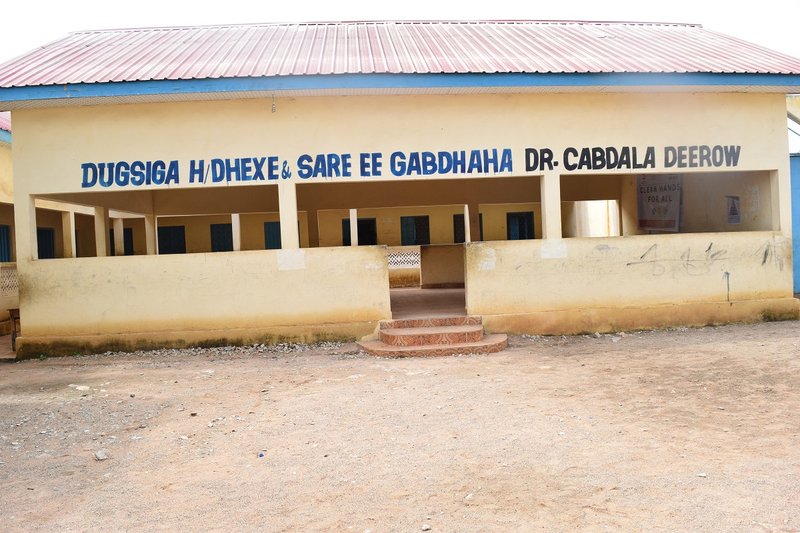 Her efforts involved some risk to her life as she was negotiating with armed men more accustomed to resolving matters through the use of violence.

Having the militia finally vacate the location was just one part of the principal’s struggle – once that was done, she devoted her efforts to rebuilding and renovating the school. It was finally re-opened in 2005 and renamed a year later the school after Abdallah Deerow Isaaq, a Somali politician who was assassinated in 2006. It opened with the support of various organizations which helped refurbish the school, including from the United Nations Children’s Fund (UNICEF).

“UNICEF renovated eight classrooms and latrines for us,” Ms. Ali says. “We have now 15 classrooms.”

“The school currently provides free primary and secondary education for some 1,217 girls. Many of them are from internally displaced or poor urban communities, or orphaned children who can’t afford to pay school fees,” Ms. Ali adds. “Only 127 of them are in high school, while the rest are in primary.”

The Federal Government of Somalia, Norwegian Refugee Council, and the non-governmental organization Save the Children currently pay the salary of 60 per cent of teachers, and the remaining teaching staff serve on a voluntary basis.

“As an educated mother, my conscience wouldn’t allow me to see so many teenage girls out of schools. Many parents can’t educate their daughters because they are poor, they can’t afford to pay for fees and books. I shouldered the responsibility of educating such girls,” notes Ms. Ali. “Illiteracy must be defeated by whatever means.”

The efforts of Ms. Ali and her colleagues – there are 28 teachers working at the school – have begun to yield results.

“We have 62 girls who have already graduated. The majority of them are in universities pursuing their degrees and others have started a family. I’m confident that the school changed their lives,” says Ms. Ali.

The principal adds that Abdalla Deerow School is her life’s work and one that benefits its students, but also the society that they live in.

“Education is the best tool to rebuild Somalia and help it develop,” Ms. Ali says.

Judging by the attitude of some of the school’s students, this will definitely be the case. During a recent visit by Ali Wardheere, the Governor of Bay region, of which Baidoa is the capital, he asked a 15-year-old student what she aimed to do once she had finished her schooling. Her reply: “I am going replace you when I finish my studies.” 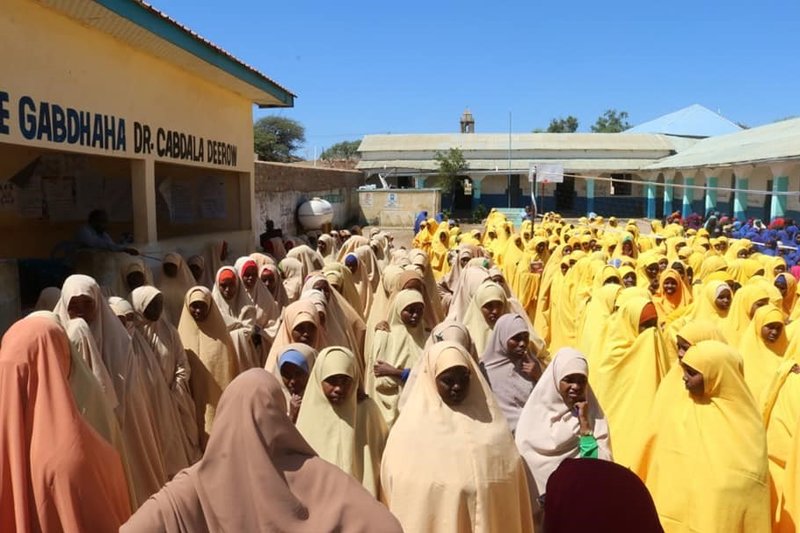 According to UNICEF, investing in girls’ education transforms communities, countries and the entire world. Girls who receive an education are less likely to marry young and more likely to lead healthy, productive lives. They earn higher incomes, participate in the decisions that most affect them, and build better futures for themselves and their families. Girls’ education also strengthens economies and reduces inequality, and helps contribute to more stable, resilient societies that give all individuals the opportunity to fulfil their potential.

The Somalia National Bureau of Statistics and FAO Sign Landmark Agreement on the Transfer of National Data Collection and Analysis Functions.