During the meeting at the Ministry of Defence and Veteran Affairs headquarters in Mbuya, Ms. Merrifield thanked UPDF for committing its resources to restore peace and stability both within the country and the region at large to achieve economic growth and stability.

She noted that the EU is ready to offer more support to the African Union Mission in Somalia (AMISOM) because of the existing cooperation between EU and AMISOM, more especially in the field of training.

Lt Gen Joseph Musanyufu commended EU diplomats for supporting AMISOM, noting that without EU, pacifying Somalia would have been nearly impossible. “Without EU support, in terms of training and allowances, AMISOM would be nearly impossible,” he said.
He added that training helps troops to go prepared for the mission. 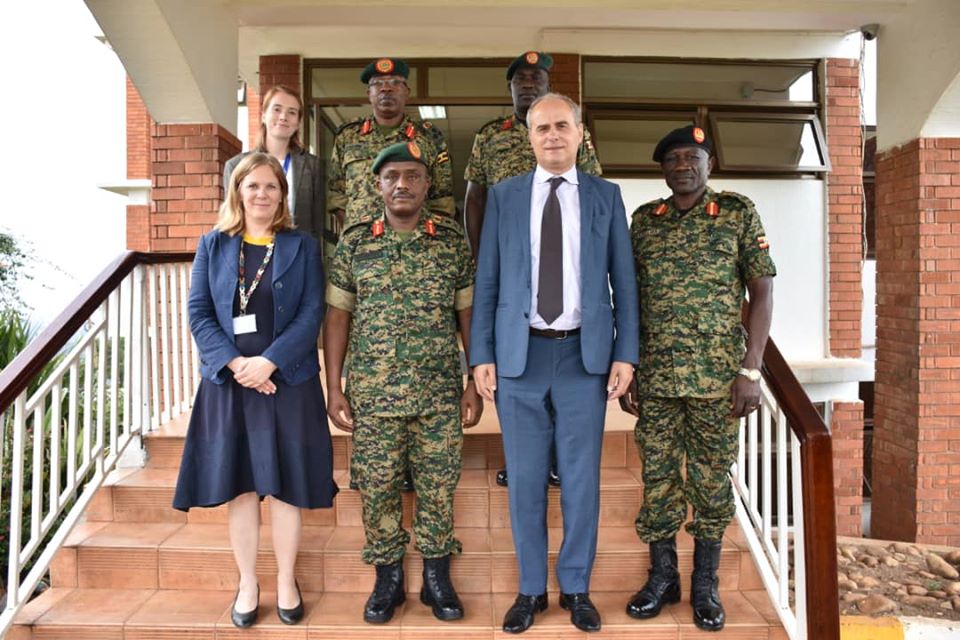 Gen Musanyufu, however, noted that AMISOM has registered a mark in Somalia which should not be reversed. “All achievements can be reversed if we don’t move carefully,” remarked Lt Gen Musanyufu.

The JCOS further promised to consolidate the relationship between UPDF and EU, adding that the recent proposals to draw down in Somalia should be based on the reality on ground.

The dialogue was also attended by the UPDF Chief of Training and Recruitment Brig Gen James Kinalwa, the Defence Spokesperson Brig Gen Richard Karemire and the Commandant of the Peace and Support Operations- Training Centre in Singo Col Geoffrey Wolimbwa.

Ethiopian troops awarded AU medals for contributing to peace and stability in Somalia.