The Directorate of Criminal Investigations on Wednesday, October 30, came out to clarify reports that suggested that they had nabbed several terror suspects and recovered some Improvised Explosive Devices (IEDs).

DCI took to social media to allay the fears stating that the messages had been circulated by malicious individuals who intended to spread fear in the country.

“Attention!!! We wish to notify members of the public that the allegations being circulated on Social Media of some IEDs [have] been recovered & several terror suspects arrested by DCI and Anti Terror Police Unit (ATPU) detectives at Matiangoni, Kilifi County are both false and misleading.

“Detective[s] nor any other Police Officer recovered any such Explosives nor arrested any such Suspects at the said area,” DCI tweeted. 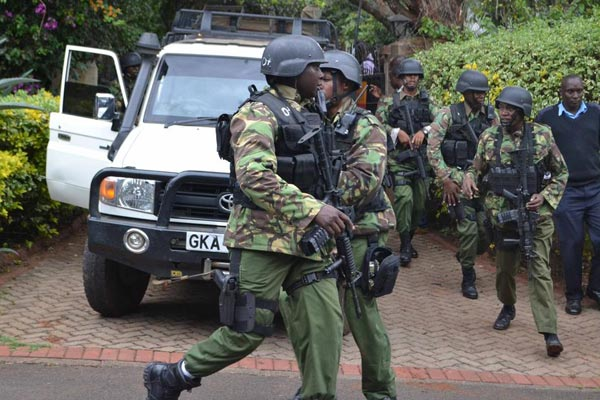 The Sleuths further revealed that all security agencies from Kilifi, Ganze, Rabai, Mariakani SGR Terminus, Mombasa SGR Terminus and DCI Units across the region had been put on high alert.

Officers from the Coastal region also confirmed that they had not conducted any operation in relation to the reports circulated in the social media.

Detectives added that they had launched a manhunt for the original author of the message and the intention of the alarming story.

The information widely circulated on social media platforms alleged the operation, which led to the recovery of IEDs was conducted by the Anti Terror Police Unit (ATPU) in Matiangoni, Kilifi County.

In a related incident, a matatu driver on Wednesday, October 23, performed a heroic act when he outwitted suspected Al-Shabaab terrorists in an attempted terror attack.

The driver (name withheld) in Mandera South was travelling along the Elwak-Borehole 11 Road with eight passengers on board when he was flagged down by about 10 gunmen.

AU Special Representative For Somalia Wishes All A Happy Eid.