The Special Representative of the Chairperson of the African Union Commission (SRCC) for Somalia and Head of the African Union Mission in Somalia (AMISOM), Ambassador Francisco Caetano Madeira, on Wednesday accompanied a high-level Federal Government of Somalia delegation on a security assessment visit to Barawe, a strategic port city situated in the Lower Shabelle region.

The visit took place as deliberations on the drawdown of AU troops from key towns in south central Somalia continue, between the Federal Government, the Somali security forces and AMISOM.

Under the planned drawdown, the AU troops will relinquish the security of the key towns, to the Somali forces, through a conditions based transition plan, to allow them take the lead responsibility. This is in line with the country’s National Security Architecture and National Defence Strategy, agreed upon by leaders earlier this year.

“For AMISOM to be able to be more effective in this area, there is need for convergence of vision and support by the partners and the Somalis themselves, so that together we can degrade and destroy Al-Shabaab,” Ambassador Madeira stated.

The Somali Prime Minister H.E Hassan Ali Khaire, who led the high-level delegation, assured Barawe residents that AMISOM will receive the support it requires to continue with its work of securing the country, until local forces are ready to take over.

“We know that you are ready to fight the enemy and we are here in solidarity with you,” the Prime Minister said.

“We need to confront Al-Shabaab, we need force enablers and force multipliers. We need mobility, and we need jammers and these things have been put clearly to the partners,” SRCC Madeira noted, enumerating the extent of support AMISOM requires to effectively secure the country.

The delegation consisted of the President of the South West State H.E Sharif Hassan Sheikh Adan; the European Union Ambassador to Somalia Veronique Lorenzo; the Special Representative of the UN Secretary-General (SRSG) for Somalia, Michael Keating; the Deputy Ambassador of Uganda to Somalia Maj. Gen. Nathan Mugisha; officials from UN, AMISOM and the Federal Government of Somalia. 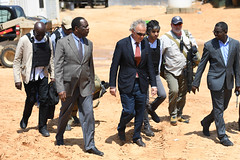 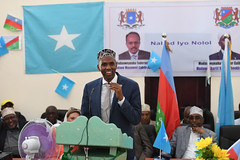 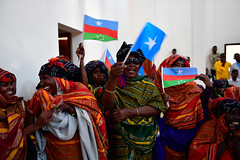 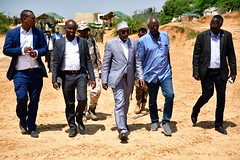 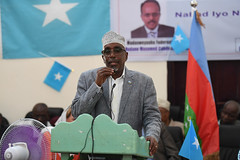 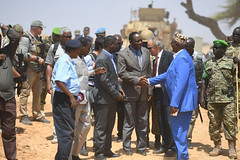 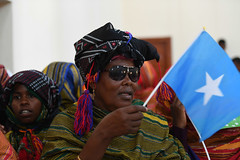 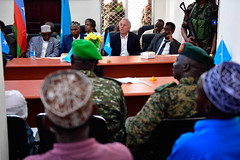 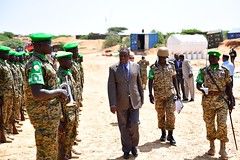 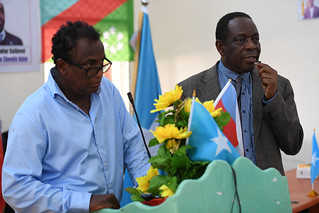 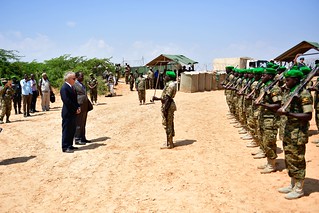